When the foreigner who came to Japan uses a Japanese train

There may be many people using the daily ticket which I bought beforehand.

But be interested in the chip card which most of Japanese people use,

I think that there may be quite many people intending to buy it.

Well, in fact, may choose him in various ways when you are going to really buy a chip card. .

I do two kinds, "the naming" of the chip card and an introduction of "it is unsigned" this time. 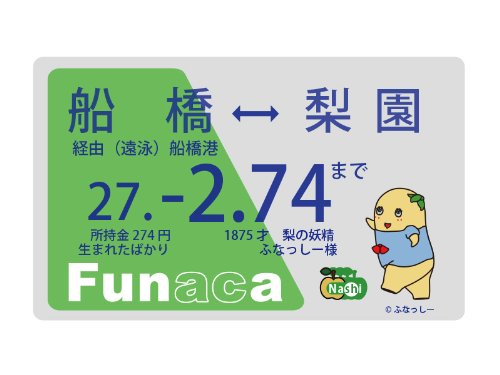 At first there are two kinds of chip cards in the suburbs of Tokyo, Japan.

It is Suica and PASMO.

Is that a company releasing it is JR East when this easily says other private railroad?

In という difference, there is greatly no difference. (when I take it toward at least foreigner staying for a few days, there is not the wide margin even if I buy whichever)

The function is about the same.

In JR, there can be even other private railroad anywhere, and (charge) to pay for money is possible.

What must choose Suica when I buy PASMO

"A naming card" or "an unsigned card" or a thing.

The important thing is the name makes a card to be written on or I do it to the card which the name does not write it or am.

When they buy it, not only the name but also a birthday and the input of the phone number are required.

Is it good in one of a phone number, a foreign country? It is とか question (laugh)

In addition, you are not to have to use it other than the person for the time being because it is the card which the name is written on

There is not the input work that is troublesome when I buy it.

When I refund it, person confirmation is not necessary.

Who may use it.

When I have lost it, I cannot but give it up.

I recommend an unsigned chip card to Japan toward the foreigner whom there is only for a few days.

This merit demerit fits a Japanese.

There is what I think about time when I lost a person living in Japan for a long time and do in naming.

For example, I may not understand the procedure with complicatedness even if I lose it and am going to file for the reissue.

To a foreigner coming to Japan in a trip purpose